The primary geographical area in the Gospels is the same as that which was ruled by the nation of Israel in the Old Testament. However, the land, now known as Palestine, is ruled by Rome and has been divided into sections, or provinces. 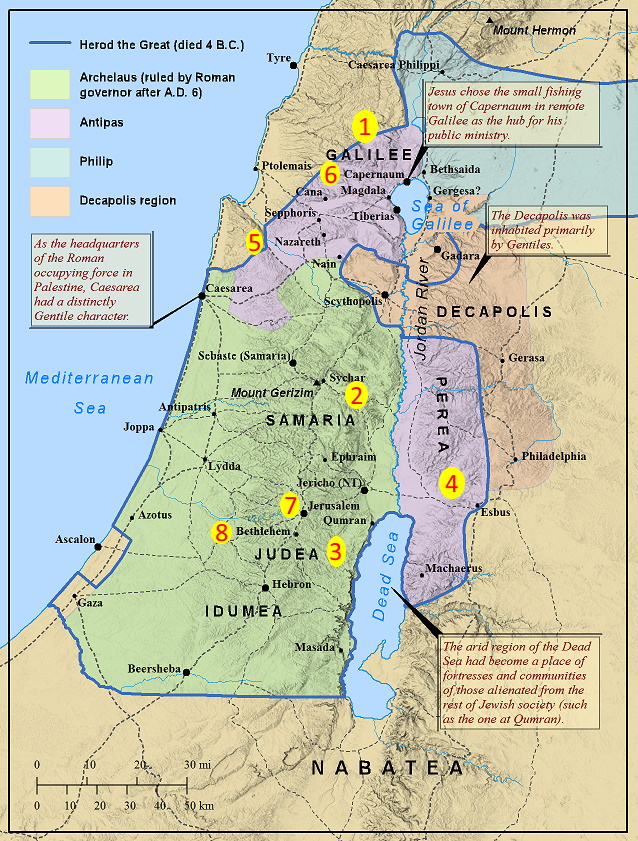 An un-annotated version of the map can be seen here: https://biblestudy.org.nz/wp-content/uploads/2020/06/10-Jesus-Israel-Under-Roman-Rule.jpg

Jerusalem at the time of Jesus 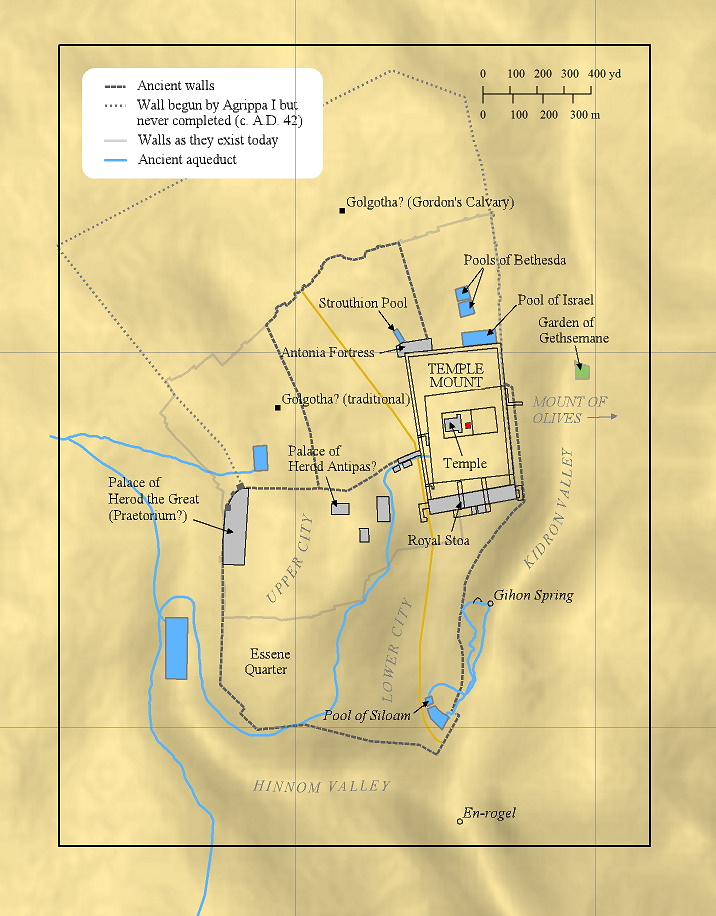