God creates everything, including humans, who rebel against God and destroy God’s perfect creation. God judges them and the relationship between God and humans is broken. Sin and death enter the world.
Read More:

The exact location of the Garden of Eden is not known. It is commonly thought to be in the Middle East, somewhere between Turkey and the Persian Gulf, in the area currently known as Iraq, Iran and Syria. The exact location is unimportant to the story of Creation. To see a brief discussion on the two most commonly believed locations see here. 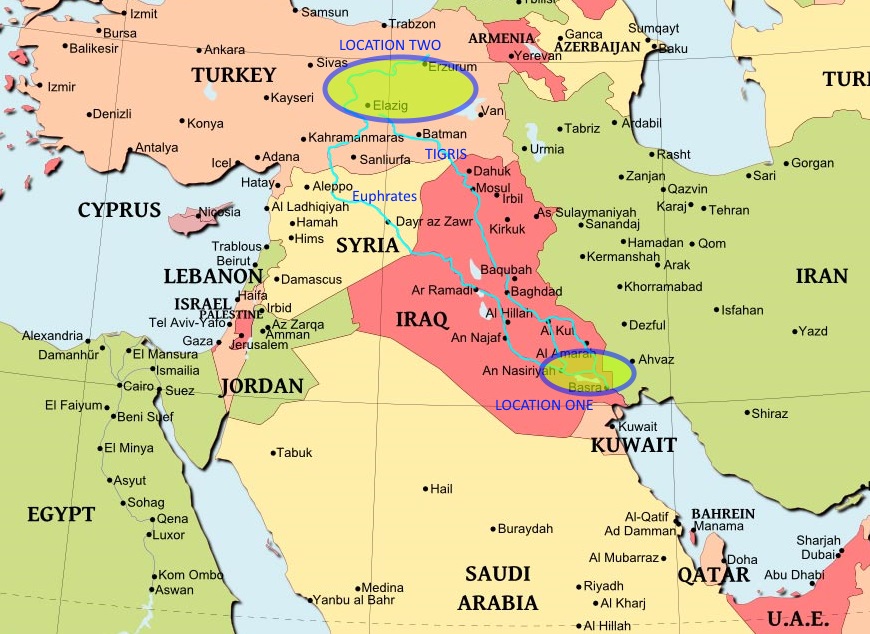 God creates everything and it is perfect:

God creates everything in 6 days and on the 7th day rests to enjoy all He has made. At this point the world is perfect, there is no death or sickness and humans have perfect relationship with God. God has provided everything required for a life where there is no crying or mourning or pain. The two humans created (Adam and Eve) live in a place (commonly known as the Garden of Eden) and have rulership over the plants and animals. God walks in the garden and enjoyed a relationship with Adam and Eve.

Humans rebel against God so sin and death enters the word:

God has one rule for Adam and Eve, they can eat from any seed bearing plant in the garden but they must not eat from one tree – known as the tree of the knowledge of good and evil.

Sin enters the world.  They immediately feel shame and hide from God.

God removes them from Eden. Sickness, death and meaningless toil enter the world and humans relationship with God is broken.

God covers Adam and Eves nakedness with the skin of an animal – the first death but also showing a glimpse of God’s plan to make things right between humans and Himself. Blood being used to remove shame and covering for sin is a major Biblical theme.

Sin increases so God judges the world – saving one family:

Humans continue their downward spiral to the point that the Bible records that, “Every inclination of their heart was towards evil.”

However one man (Noah) is found to be before God. God commands him to build a boat (ark), take on board animals and prepare for a flood.

Noah build the ark, and when the flood comes is saved while the rest of the world dies. After the flood waters recede God vows to never destroy the world by flood again. He gives the rainbow as a sign of this promise.

God mixes up languages to stop a united humanity growing ever more sinful:

Up until this time humans still have a single language. They set out to build a tower up to the heavens.

God notes that, “If as one people speaking the same language they have begun to do this, then nothing they plan to do will be impossible for them.”

God mixes up human languages and disperses the human race all over the world – breaking us into tribes, countries and nations, separated by language.

Next Page – The Patriarchs