Abraham is chosen by God to father a nation to represent God to the world
Read More:

This period of the Bible happens in an area between modern day Iraq across the land now known as Israel and across to Egypt. 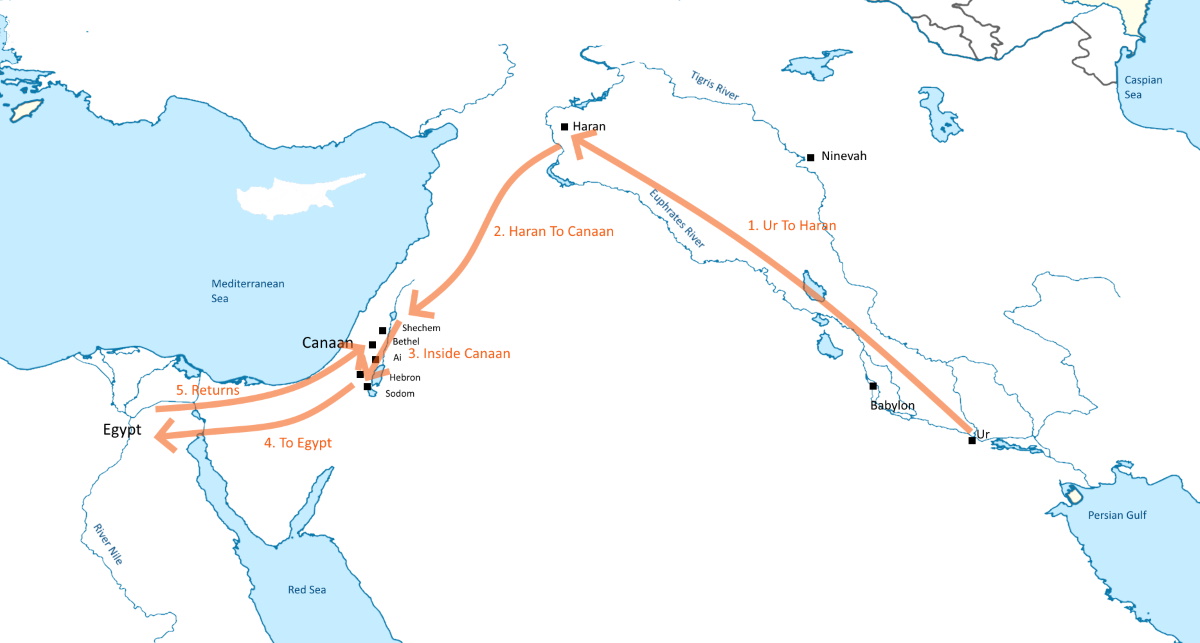 Father of the Hebrew people:

God starts a process of winning back the world and making Himself known and chooses a family to represent Him on earth.

Abraham, chosen by God,  is told to leave his family and go to a land he doesn’t know. This land was going to be given to him and to all his descendants.

God appears to him several times and promises:

He has two sons

The second father of the promise:

Isaac lives in the land Abraham was promised (Canaan).

Jacob has 12 sons who become the heads of the 12 tribes of Israel.

The man who became Israel:

Jacob, Isaac’s younger son, takes his older brothers inheritance, using trickery and deception, then fearing for his life goes to live with his Uncle.

Just before arriving home he meets with God and wrestles with Him. God changes his name to be Israel.

Jacob becomes the father of 12 sons who become the 12 tribes of Israel.

A leader in Egypt:

Joseph is Jacobs 11th son and is favoured above all his brothers.  He has dreams from God about being a ruler. These things cause his brothers to hate him and they plan to kill him but then end up selling him as a slave.

Joseph ends up as a slave in Egypt and goes through some hard times but remains faithful to God.

Eventually Joseph is recognised by Pharaoh, made second, only to Pharaoh in charge of Egypt and saves Egypt from a severe famine.

Joseph’s brothers go to Egypt to get food. They are reconciled and Joseph says, “The evil you planned was used by God for good”.

Jacob and all Joseph’s brothers and familes settle in Egypt and grow in numbers and prosperity.

Next Page – The Exodus