God chooses Moses to rescue the Hebrew people from slavery in Egypt and gives them the law
Read More:

The desert between Egypt and Canaan which is now known as the Sinai Desert or the Sinai Peninsula. 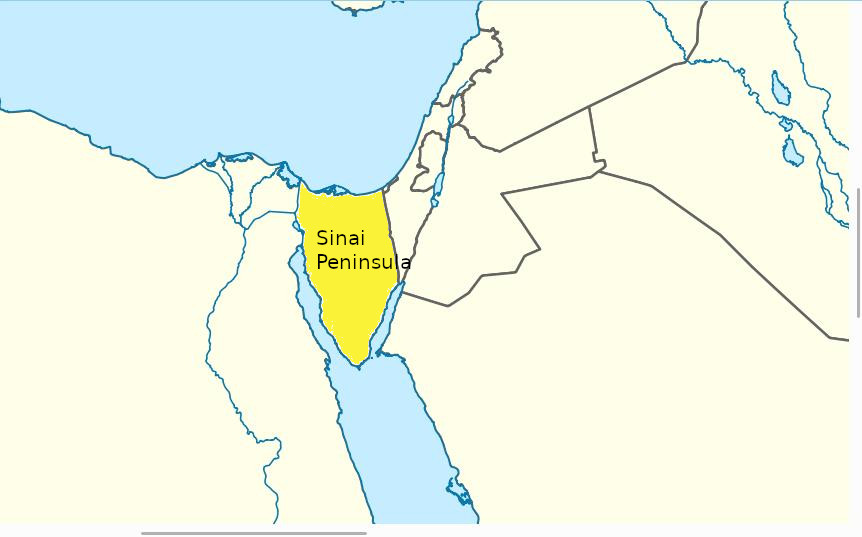 The Israelites have been in Egypt for about 400 years. They have grown from 12 small families to hundreds of thousands of people (600,000 fighting men, as well as women and children – so possibly 2-3 million people). The Egyptians, forgetting what Joseph had done, enslaved the Israelites and made them work. They killed their children and acted cruelly.

The last plague is the death of every first-born child of every Egyptian household. Finally Pharaoh lets the Israelites go.

The Israelite pack up everything and head towards the desert lead by Moses. Pharaoh changes his mind and tries to kill /capture the Israelites. God parts the Red Sea making a pathway for the Israelites to escape through, then closes it over the pursuing Egyptian army – killing them all.

God leads the people, appearing as a pillar of fire by night and a pillar of cloud by day. He gets Moses to lead the people and gives Moses messages to tell the people.

God leads the people of Israel into the desert and after three months brings them to Mount Sinai. God calls Moses up the mountain and talks to him, setting out a contract between God and the Israelite people. God promises:

If you will  obey my words, and keep my covenant, then you will be a special treasure to me above all other people.  God then provides 10 commandments, written on tablets of stone, for Moses to take back to the Israelite people.

The Ten Commandments Are:

The 10 commandments came with promises from God, in return for promises made by the Israelite people towards God.

The Israelite people quickly forgot the commands and broke them – incurring God’s wrath. A cycle of disobedience, repentance, forgiveness and restoration starts here and continues through the Bible.

After the giving of the law at Mount Sinai the Israelite people remained camped for around a year and built the Ark of the covenant (a golden throne representing God’s throne) a portable temple (called the tabernacle) and established a priestly roster.

God calls them to leave Mount Sinai and enter into the land He had promised Abraham, Isaac and Jacob. A land flowing with milk and honey. They travel for about 10.5 to 11 months arriving at Kadesh Barnea approximately two years after exiting Egypt.

Moses sends out 12 scouts to investigate the promised land. They return with stories of how rich and wonderful the land is, but also with tales of how big the fortified cities are, how strong the armies of the land are and how terrifying it would be to enter the land God has promised.  Ten of the 12 scouts put fear into the people, but two (Joshua and Caleb) try to remind the people of the miracles God has done and His promises to them.

The Israelite people refuse to enter the land. God is angry and says that anyone aged forty and over will not enter the land. He turns the people of Israel back towards the desert to start 38 years of wandering until the faithless generation of people has died.

The people, seeing they are going to lose their access to the promised land say they will enter the land and make preparation to conquer the land. God says He will not go with them but they go to war anyway and get thoroughly beaten. Without God they are weak.

The people of Israel start 38 years of wandering in the desert. God provides food (mana) and water for them but the people grumble against God, rebel, make idols, and generally fail to meet their part of the covenant.

They cause Moses to get so mad he too disobeys God and is told he will also die in the desert.

Only two people from the faithless generation of those over 40 years old will enter the promised land (Joshua and Caleb).

The book of Exodus finishes with the Israelites camped to the North of the Dead Sea, across the Jordan river from a large fortified city called Jericho. The promised land awaits on the other side of the river.

Moses encourages the people to follow God, gives them instructions from God and then dies – leaving Joshua in charge.