God notes it is not Samuel the Israelites are rejecting but Him.

As they have done from the day I brought them up out of Egypt until this day, forsaking me and serving other gods, so they are doing to you. 9 Now listen to them; but warn them solemnly and let them know what the king who will reign over them will claim as his rights. 1 Sam 8:8-9”

The people ignore the warnings, choose to reject God and declare they want a king.

Samuel as commanded by God anoints Saul to be king.

Saul is the picture of what a worldly king should look like but shows very quickly that he is not a good leader for Israel.

David is an ideal Godly king (in contrast to Saul)

Eventually Saul dies and David is made king. During his kingship he:

David too is a flawed man (2 Sam 11) – but his heart is faithful to God (righteous) and he is accepted by God and flourishes.

Under Solomon a united Israel flourishes

1 Kings 11 starts with – “King Solomon, however, loved many foreign women …against the Lord’s commands … and they caused him to do evil and worship foreign gods and idols”

Solomon is flawed – and unrighteous and so God promises:

So the Lord became angry with Solomon because his heart had turned from the Lord God of Israel … Therefore the Lord said to Solomon, “Because you have done this, and have not kept My covenant and My statutes, which I have commanded you, I will surely tear the kingdom away from you and give it to your servant. Nevertheless, I will not do it in your days, for the sake of your father David; I will tear it out of the hand of your son.”

The kingdom is destined to be lost.

Rehoboam the son of Solomon becomes king.
The kingdom splits and is never reunited.

The Northern kingdom is known as Israel.

The southern kingdom was known as Judah

A genealogy of the kings of Israel and Judah

Can be found here: 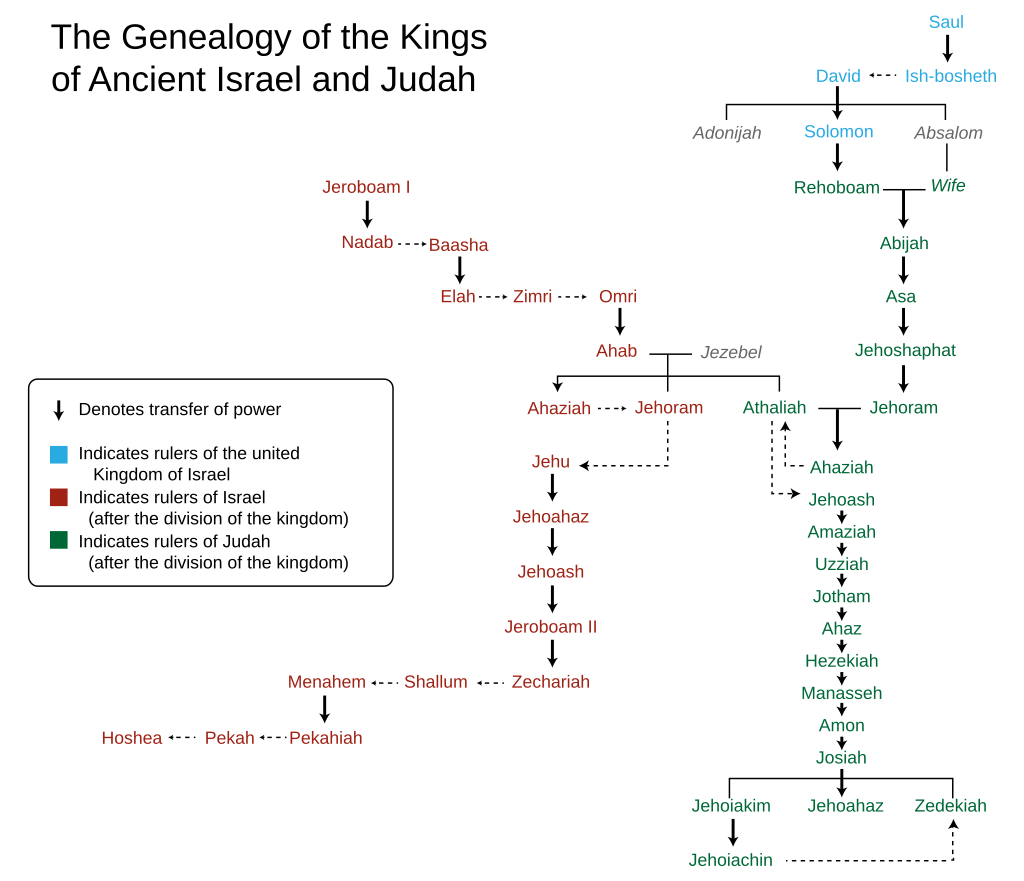 Maps of the kingdom over this period 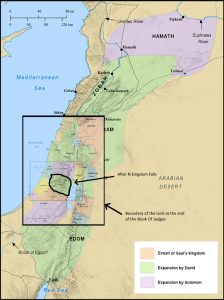