Sampson and others were chosen to govern the people for 400 rebellious years
Read More:

The eleven tribal areas (the Levites had no land given to them as God was their inheritance) held by the ‘nation’ of Israels during the time of Judges fluctuated as they lost land to the invaders and gained it back under the judges. It was similar in size and composition to the Conquest Era lands. 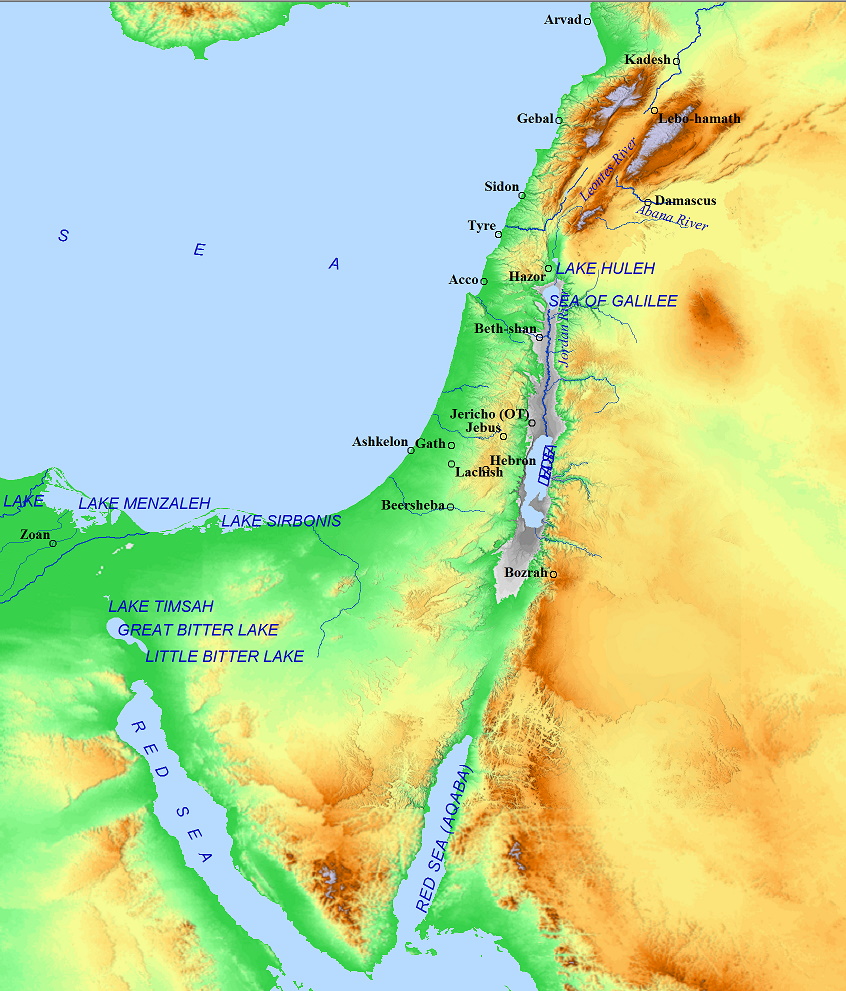 The judges of Israel were the political and military leaders of Israel. They were men (and one woman) who stood up to lead Israel.

At this time each of the 12 tribes had settled into their areas and were living as separate tribes, united by a common father. When trouble came God would raise up a military leader to save them, who would then lead them for a period of time.

The Book Of Judges records 7 judges over a 400 year period.

Four of the most famous were:

Before Moses died he gave the Israelites three instructions:

2 – Do not intermarry with the Canaanites

3 – Do not worship the Canaanite Gods.

Under Joshua the conquest of the promised land (Canaan) and removal of tribes was started. After his death the Israelites failed to complete the conquest and started marrying Canaanite women and worshipping Canaanite Gods.

Because of Israel’s disobedience God would remove His favour from them, starting a series of seven cycles characterised by:

After the judges death they start the cycle over again.

Ruth, Moabite woman is not found in the Book of Judges but appears in her own book at the time of the judges.

Her behaviour is set as a contrast to the behaviour of Israel, showing faithfulness to God, trusting God, worshipping God and turning her back on idolatry.

Her behaviour is held up as an example, not only of a person showing commitment to God, but as one who receives blessings from God as a result of her faithfulness.

Her story contrasts sharply with Israel’s behaviours and experiences.